Today was the first of 40+. My first day on skis since Spring, and it was surprisingly unterrible. Cold and cloudy, short WROD, and thousands of people. Yes! The ground off the ribbon was abysmally bare. And it lived up to its name. At one point, there were roughly 10 snowboarders in about 100 square feet shortly after the lift dropoff. One old ‘troller on tele gear ate it directly in front of me.

The ribbon of death appeared it would live up to its name. Sick! 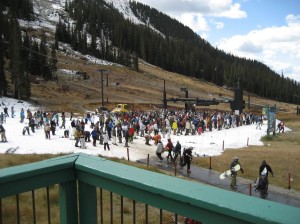 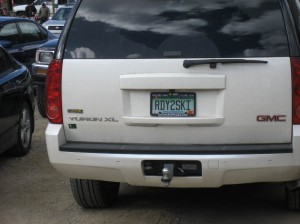 No significant snow in the forecast. It’ll be a month, month and a half before things really get going, but for now, it’s good to be back on my skis.