I headed up to Vail Pass for some fun skiing yesterday. It was my (as well as Lauren’s) first time there; I’d never gone because the multi-mile approach to anything always dissuaded me. Here’s the cast of characters on the way in, in alphabetical order.

And last but not least, Lauren:

The approach was as-expected, with multiple miles of skinning in.

Fortunately, the scenery was pretty nice. 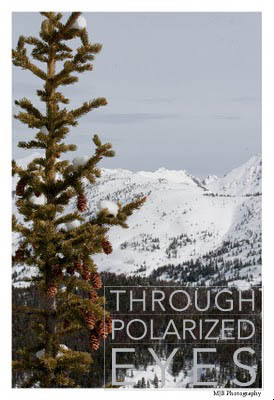 We were excited to ski, and ready to take photos:

After the requisite snow analysis, I led off and got sucked into a tree well. It was unpleasant, though I was able to self-extract in a few minutes, a little more cautious than before. After that low-point of the day, things turned out to be pretty great. First, Chris jumped off some stuff:

Then he skied some powder:

Then Gary jumped off some stuff: 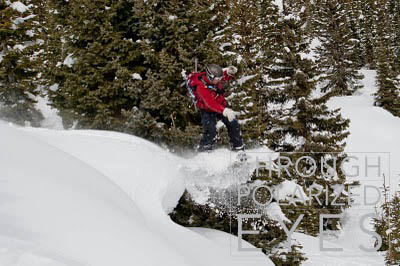 And rode some powder:

Then Lauren fell down and played in the snow:

We broke trail and went up for a second lap, since the snow was so soft and fun. I led off again, this time without issue, just soft snow. Lauren was up next, so she stood around for a while:

Eventually she decided to ski some powder:

And throw some snow around: 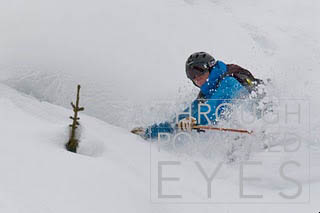 And then ski some more powder: 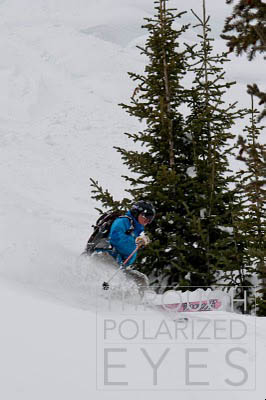 Then she topped it off with a face plant: 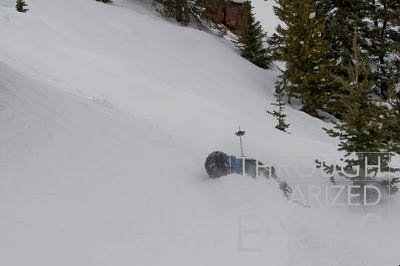 Gary was up next. He jumped off some stuff:

And rode some powder: 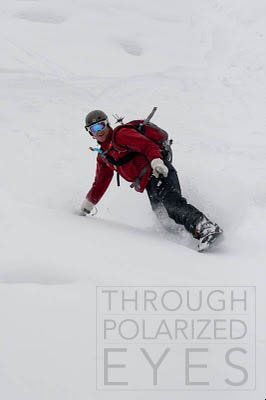 Cody followed suit, jumping off of things and skiing powder:

Chris brought up the rear, jumping off stuff: 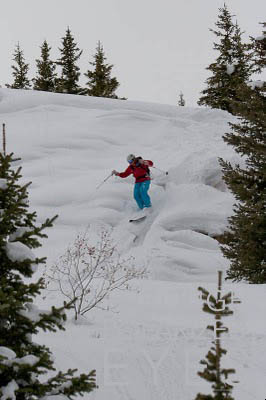 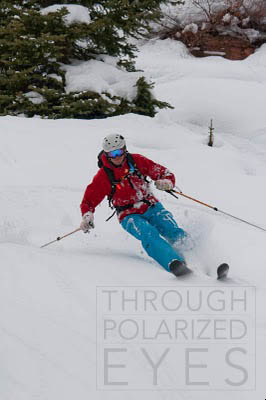 We regrouped, and jumped off more stuff and skied more powder. 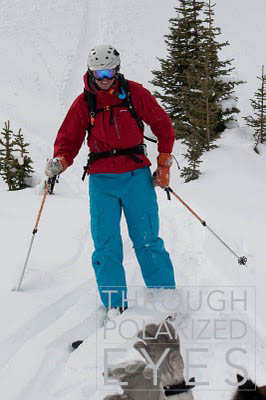 It was smiles all around: 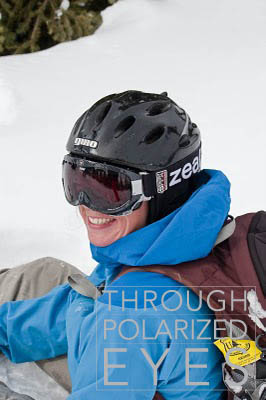 It was so good that we went back up for another lap. This was important because Gary and Chris had yet to crash, and Lauren had yet to jump off anything. So she did: 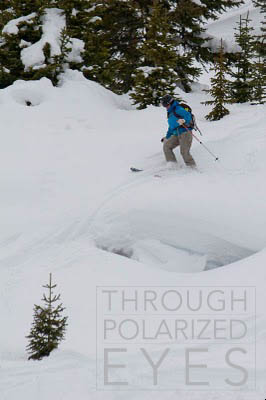 There was a bit of foreshadowing with this lap, when Gary suggested I go for a front hand-spring. I declined. Then Gary jumped off something, and it was good:

Then he jumped off something else:

And it was great:

I swear he’s in there: 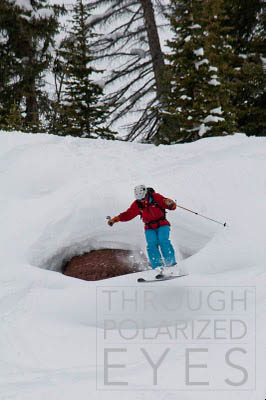 Just before he caught some ground:

It was after 3:30 at that point, so it was time for us to head out. We got some turns on the way out to the road, with the day ending with a two-mile skin out back to the parking lot.

It was a long, challenging, and terribly fun day. I’m sure I’ll be back for more.

One thought on “Soft, Floaty, and Fun at Vail Pass”