I got an email last week from Hans inviting me on a long-ish alpine ride, something I hadn’t done before but very much wanted to. There was talk of an early start, and 4:30am came far too early on Saturday morning. The full crew was Hans, Larry, Grant, Kelley, and myself. Several hours of driving to Copper Mountain, shuttling around to Camp Hale and back, then trying to find the start of the ride, and we were off – at about 10:15. 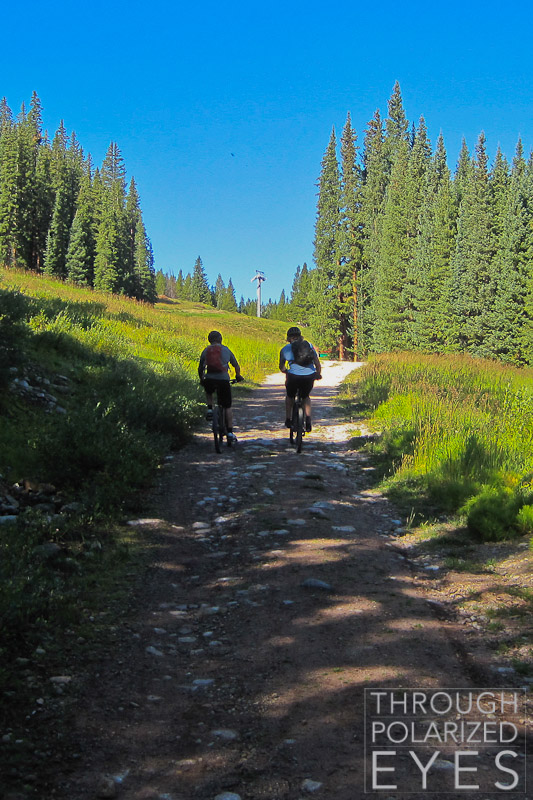 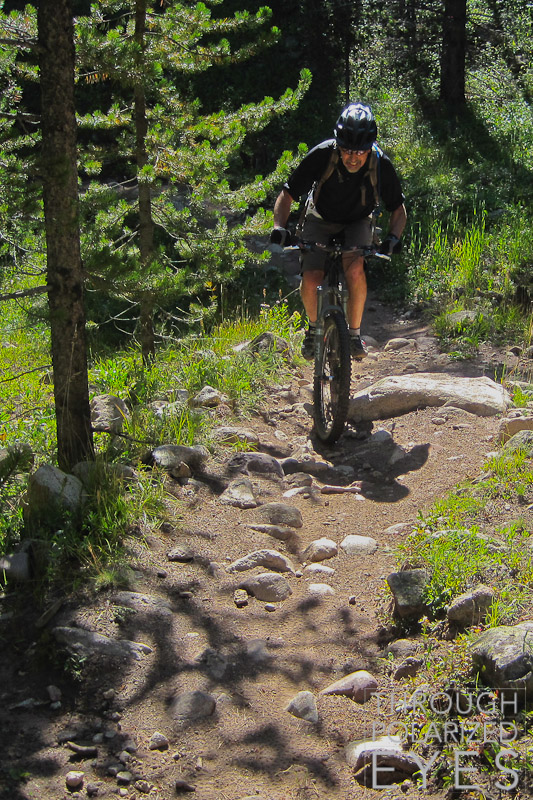 Before long we were approaching treeline, still climbing.

And then we were there. The views opened up, the singletrack got trenchier, and the wildflowers were blooming. 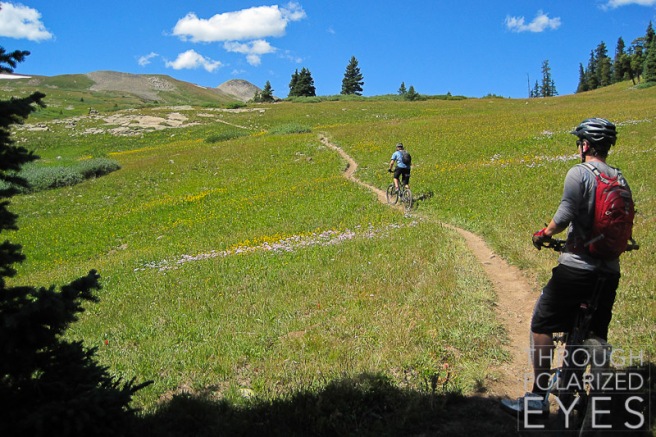 Past Janet’s Cabin, things got rockier and steeper, our legs were tired from a relentless climb, and the air was thinning. What would have been normally ride-able for any of us turned in to hike-a-bike terrain.

We all suffered equally.

Almost four hours later, we were on top of Searle Pass.

A couple ladies up there suggested a muscle-shot, so here we are.

Then it was time for more generally-uphill riding, though it was minimal.

At long last we reached Kokomo Pass, and prepared to descend.

Ten miles of climbing, a few flat, and four downhill, taking you from the alpine down in to the woods.

The descent was a blast, especially near treeline.

Of course, no long ride would be complete without some sort of mechanical, and Larry flatted on the descent.

There was a creek to cross at the very end. Lucky for us, there were a couple pallets to ease our crossing.

We reached Camp Hale exhausted, had a couple beers, and talked about how fun the ride that we had just been cursing as brutal was. When it was time to go…dead battery and no jumper cables. After flagging down a few passing cars, one was able to help, and we were on our way home. I can’t wait to ride more of the Colorado Trail.

2 thoughts on “Biking the Colorado Trail, Copper to Camp Hale”