Two weeks ago at this time, I was in Ogden, UT getting ready for the XTERRA (off-road triathlon) national championship race, an invitation-only affair with standings driven by a point series that I raced in from April through August. Seventh in the region in my age group was enough to get me a spot, so two weeks ago Lauren and I hit the road for Ogden. The wildfires all across the west made for a very orange sunset.

We got in around 1am, got some sleep, and then it was time for breakfast and a pre-ride of the bike course. It was smoky, but the colors were beautiful. We’ve got nothing on their colors.

The course was a lot of fun, and really suited me – lots and lots and lots of climbing (3,600′ of it, lots on loose and/or rocky terrain) and some fast loose downhill sections (only about 1,800′ worth), going from the reservoir in the canyon up to Snowbasin ski resort. The smoke was supposed to have cleared before Friday, but it didn’t (fortunately it did for race day). 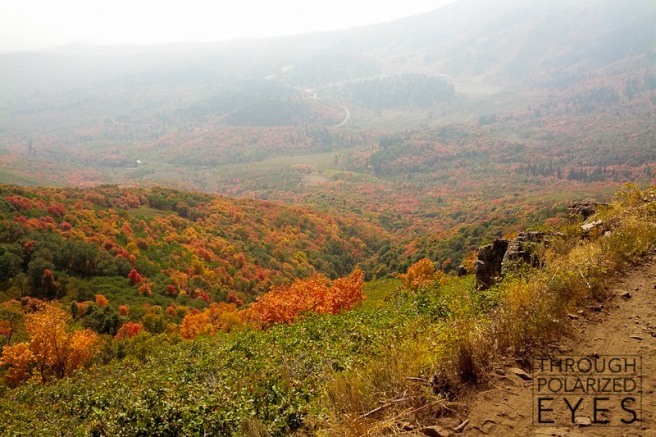 The finish area was all set up and abandoned. About 24 hours later I would come running through here to finish off my tri season.

It was an early morning on Saturday, with driving to the start/T1, checking in and getting marked, driving to T2, shuttling back, and doing final prep before the start.

It was a chilly morning, 36F down in the valley by the swim start. Fortunately, I had a wetsuit on to keep me warm. And the water was nice and toasty, in the mid-60s. I got a couple quick photos with my cheering section before getting in to warm up. 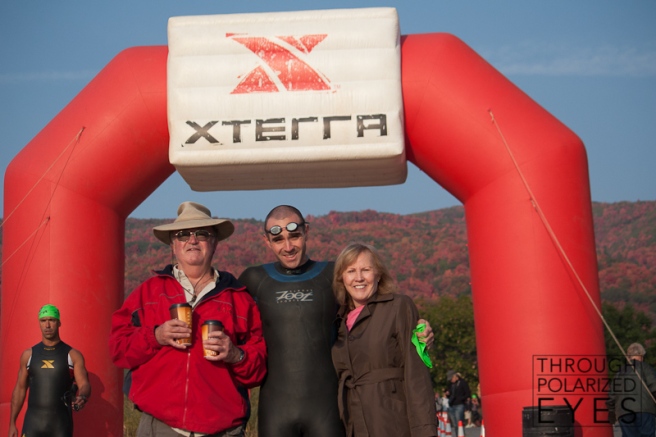 The swim was long – I’m usually a 1:30-1:35/100m open water guy (without a wetsuit), and supposedly came in at 2:12/100m with a wetsuit – 33:03, good for 128/330. Apparently this is a common issue at this race, but not a big deal – I came in about where I always do relative to everyone else. A couple minutes after exiting the water I was on my way, with what were probably the beefiest bike tires on the course (Minion DHF front, Bronson back). Heavy but predictable. 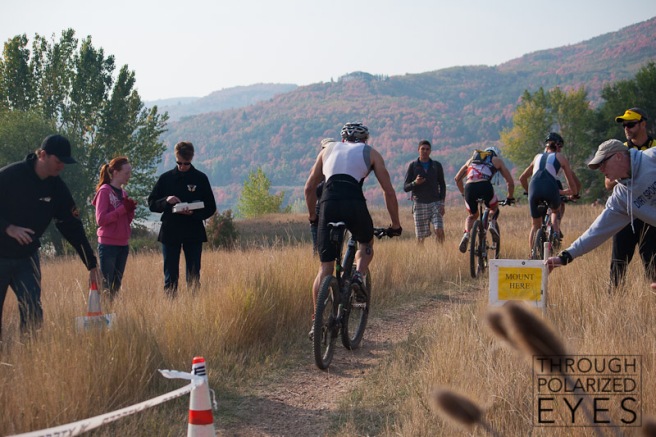 I felt strong on the bike, and averaged 9.6mph on a mostly-uphill course, and was happy with that. Traffic jams were minimal, and the few downhill segments were an absolute blast. I’ve got some video and hope to get something up soon…ish. 1:53 over 17 miles, good for 121/322 on the bike. 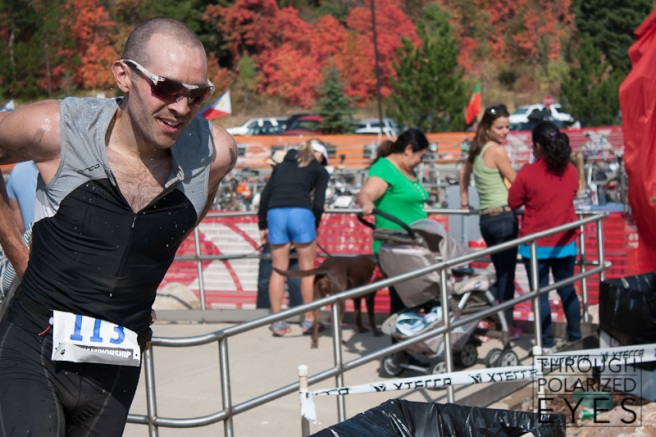 The run was a tough one with 700 feet of climbing, which worked well for me – before my week taper for the race, I hit 100 miles (total) in the two previous weeks despite not being able to make my normal morning runs most days. I even passed a couple female pros on the course. 51:36, 73rd out of 319 on the run.

Not so bad for a championship race and my first year really racing XTERRAs. I’m not entirely sure what next year will hold. I’d like to do the Leadville Trail Marathon, but beyond that I’m not making any firm decisions. It’s time for cyclocross, then skiing and hopefully a good season of ski mountaineering.