I sometimes wonder why I do this to myself. Out of bed at 2am. Driving at 2:45. Hiking at 5:20. Questionable snow conditions. Horrible winds, well above the forecast. I managed to convince Nate to come, while Marc and Eric actually wanted to go. Sophie will follow me to the ends of the earth, though I wouldn’t have brought her had I expected the ground blizzard she put up with.

Goggles were the choice for the day. I never wear goggles climbing, except when I’m in this basin.

At least the sunrise was nice. 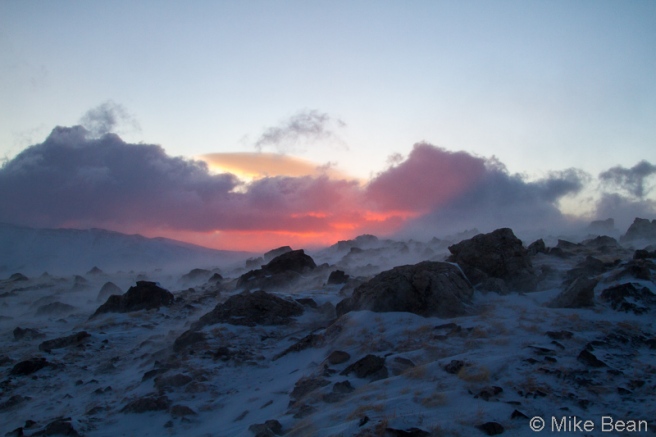 The snow was mostly continuous on the way up. Mostly.

The winds were relentless. I briefly considered turning back, but remembered that it always seems to be like this. The only thing that made it bearable was temps up around freezing. 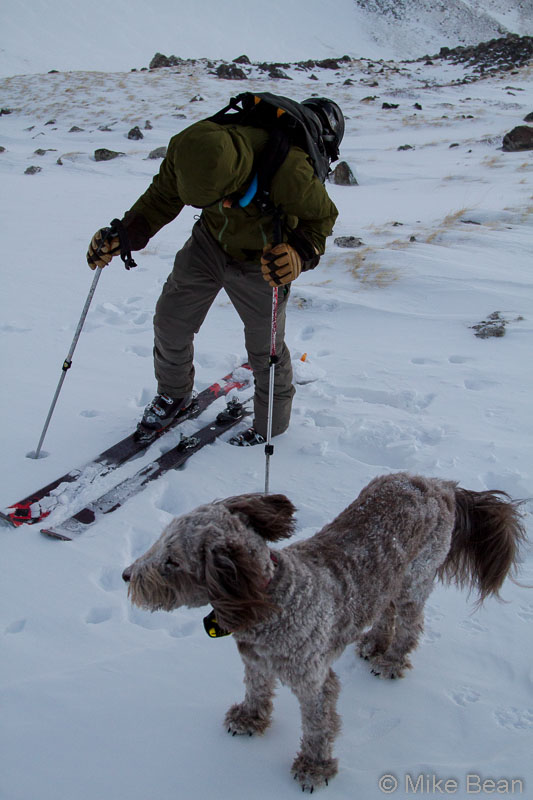 Eric, waiting out yet another gust of wind. 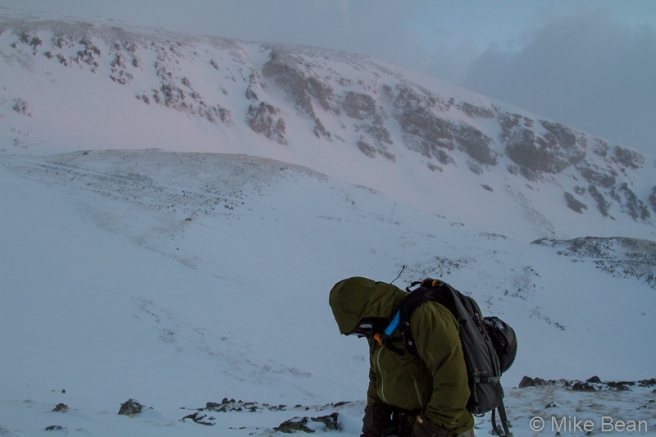 It’s nice to have a strong group. We pressed on at a good pace the whole time. 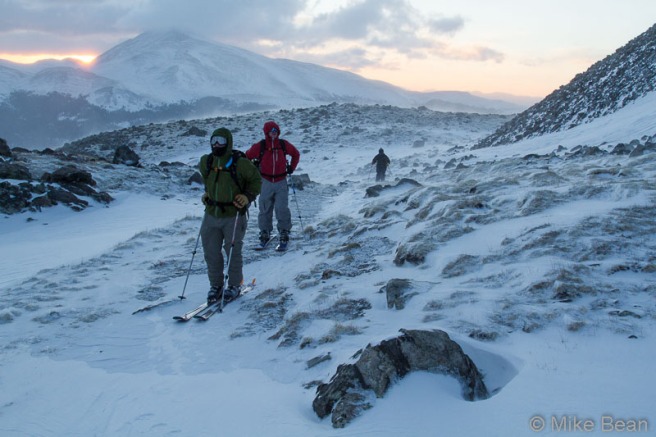 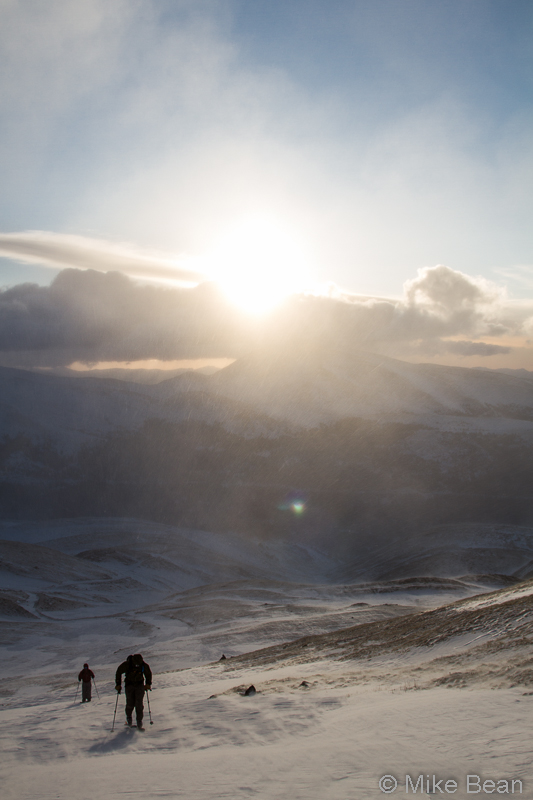 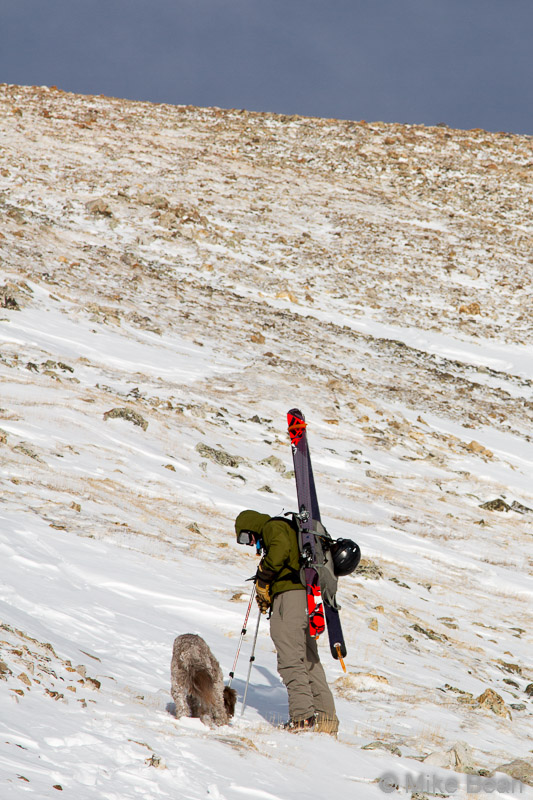 Not far from the summit of Cameron, Eric and I chatted and decided to make a fast push to the top and get back down to the saddle, due to deteriorating conditions. A few minutes later Sophie and I were on top, alone. I made as fast a transition as ever and skied back down to find Eric, Nate, and Marc working their way up. Eric, having already skied Cameron, decided to join me in going back to the saddle.

It was sunnier and a bit warmer, but still windy. I broke out the puffy and wrapped Sophie in it with me while Eric and I waited for Marc and Nate. 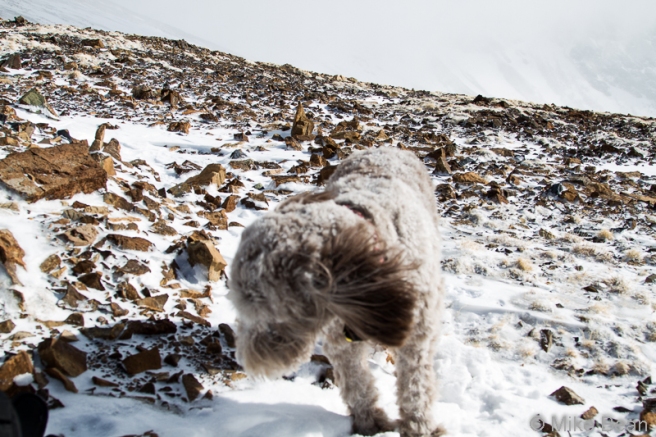 The clouds moved in again, but we were so close to Bross, never wanted to come back, and decided it’d be easier to hit Bross and head down from there. 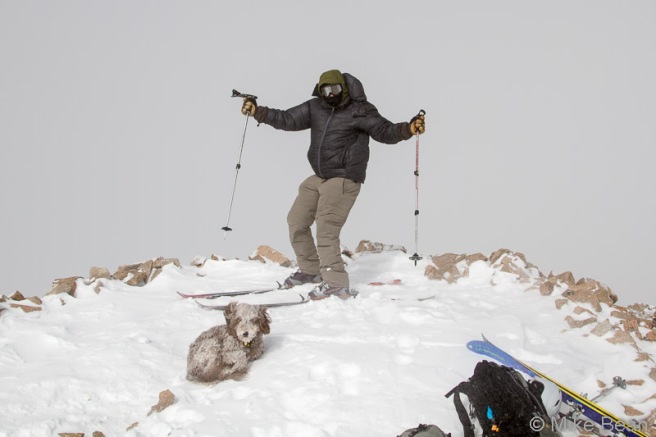 The skiing wasn’t very good up high, plus we had concerns about stability which led to walking down on rocks for a few sections. 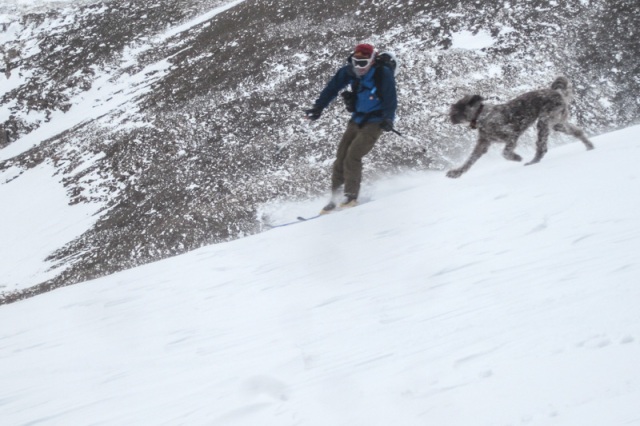 Marc recently picked up a new Never Summer SL Split, and is using it with his hardboot setup. He’s pretty pleased with it. 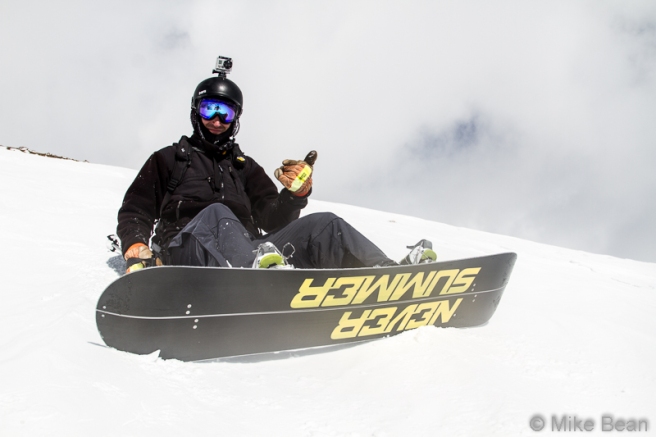 Sophie’s spirits lifted as it warmed on the descent. The rest of us were just happy to get some softening snow and decent turns.

Within seconds of getting back to the car, the attitude went from “this is stupid, why do we do this” to… 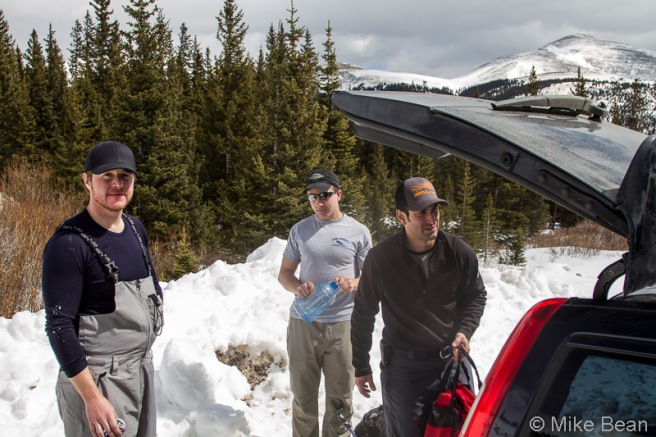 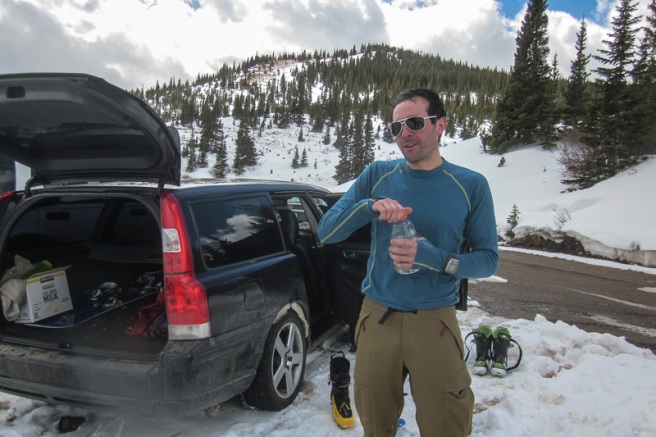