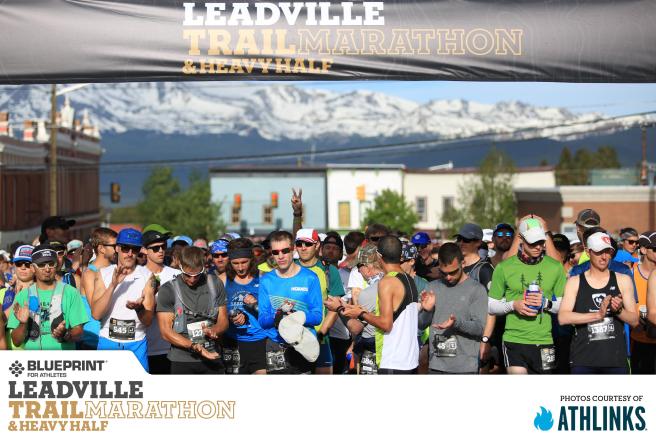 The first race of this year’s Leadman series is now behind me. It was a fun one, with mostly good weather and better course conditions than could’ve been expected. I kept going back and forth on staying in town the night before or driving up the morning of, and ended up with a 3:30am alarm on Saturday, in large part due to Owen’s most recent sleep regression. Since I was treating this race as a training run, being a little tired was no big deal. As long as I could finish feeling good and drive myself home at the end of the day, I’d be happy. 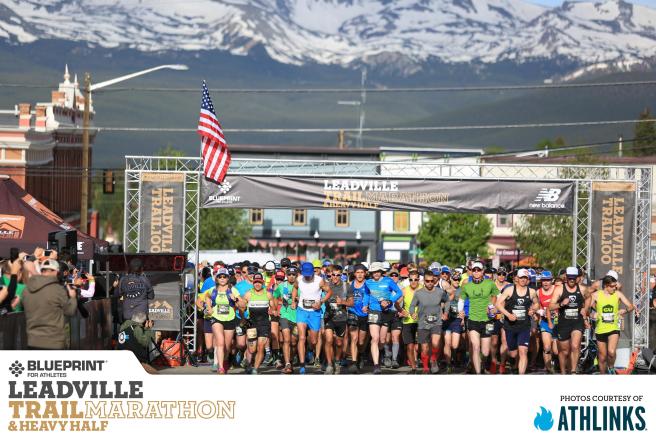 By the time the race started, I had a big bowl of yogurt and granola, a couple mcmuffins, a pro-bar, and probably a quart and a half of coffee. The usual pre-race routine played out, and a few minutes after 8am we were off. Plenty of people went out entirely too fast, with sub-8 miles up a few mile hill at 10,200′. I had made up a pacing cheat-sheet in advance, which I stuck to for the first few miles. Unbeknownst to me, the course was only the same up to 2.5 miles in, so that all went out the window. I switched over to my default pacing plan of “jog the flats, downs, and gentle uphills, and walk the steeper climbs” and stuck with it the rest of the way.

The course was mostly dry and dusty down low, but things got wetter as the course headed up towards Mosquito Pass. Race organizers spent a couple weeks shoveling snow off the course, thanks to our unusually snowy spring season. They did a great job, but the sheer amount of snow meant a pretty wet approach, and a couple miles of pretty narrow track to the top. Traffic was rarely an issue though, and I just power-hiked in to the winds. I heard reports of 50-60mph sustained, which I believe. I had to carry my hat and hold my bib against my chest to keep it from tearing away. I hit the half-way mark at 2:34, wondering where I lost nearly 15 minutes over last time – it turns out the course change had the top a half mile further in to the race, with more climbing to get there.

There wasn’t much left to do but jog back down to town, with a few sections of hiking steep rocky hills mixed in. Last time running this race, I completely melted down over the last five miles or so. This time I paced myself a little easier, and felt OK at the end, despite being surprised at finishing a few minutes slower.

Looking back at my numbers from the two years, I found the extra 500′ over the 2013 course and suddenly felt quite a bit better. Only three extra minutes despite 10% extra climbing, and feeling fine at the end instead of thinking I was going to die? I’ll take it.

I finished 41st overall, 40th male runner, in 4:45:44. That’s good enough for 11/80 Leadman finishers. I’m looking forward to seeing where I stand after the Silver Rush 50 bike race – which I am treating as a race. And then following up the next day with the 50 run, just as another long training day. Three weeks until that weekend, and only 9 short weeks until the grand finale.

Lauren, Owen, and I wrapped up the Father’s Day weekend with a short hike with friends, and Owen did what he tends to do on hikes. 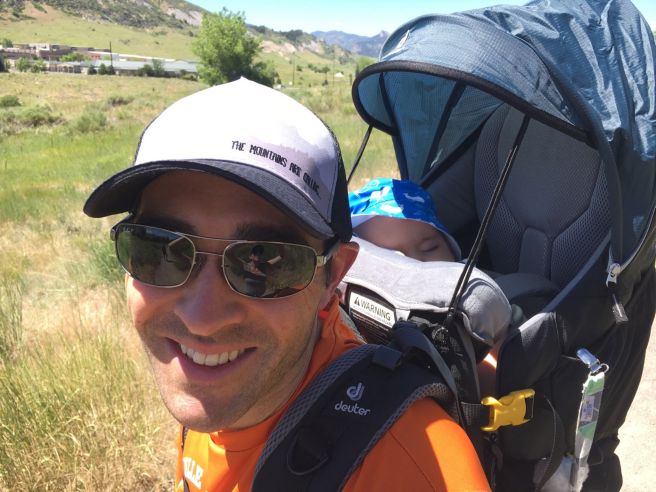 I really need to get more sleep.