I’d been wanting to get out for a while. 18 ski days for the season before the end of December, and only 3 of them backcountry – and all on the hut trip. When I saw a vague photo from a condition report on 14ers.com that made it look like Yale went from the top, I started planning. The east face would no doubt have better snow, but from scaling a topo I immediately called it a no-go due to steepness. I decided to take my chances on the standard route up Denny Creek. Hans was going to come along, but couldn’t make it; fortunately, a sizable group from 14ers.com was going the same day.

It was an early morning for me – 3am. Wake up, get dressed, grab a cup of coffee, crap I set the timer wrong, start the coffee maker, put the dog out, feed the dog, feed the cats, eat some breakfast, drink some coffee, make second breakfast, run out the door, drive for 3 hours.

I got there a little early, giving me time to stuff down breakfast #2 (peanut butter, bacon, and egg sandwich…mmm), relaxedly put on my boots and skins, and relax for a few minutes before starting. The group took off about 7:30, though I waited back a few minutes with Jim as he finished up getting ready. 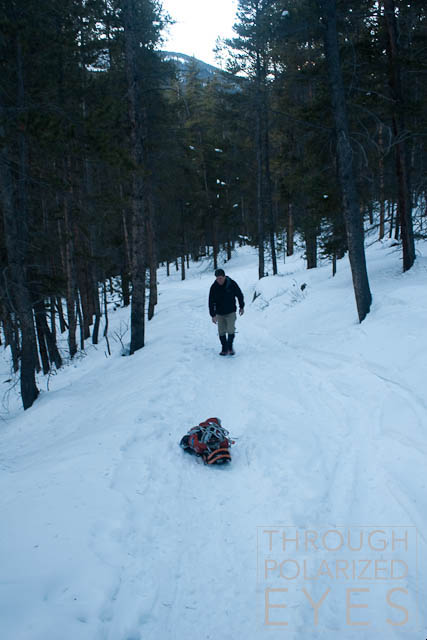 Jim forgot his poles in the car, and after a few minutes of hiking dropped his pack to go back for the poles. I made some pack adjustments at that point, and a moment later he came walking back up to retrieve his car keys. Because of waiting up, I was alone for a while in the trees. Scenes likes this are what I live for. 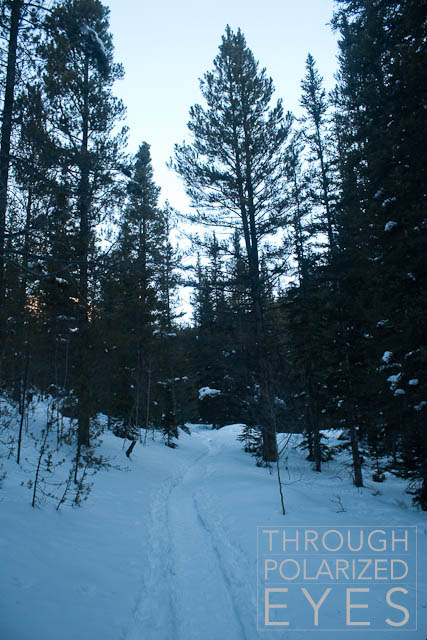 After a couple relaxing miles through the trees I caught the group. 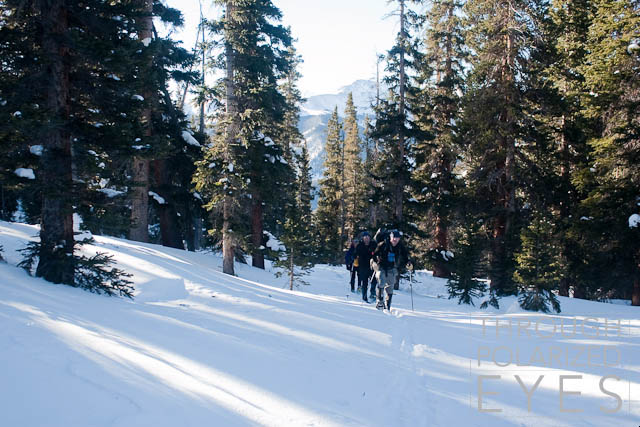 After a little route-alteration due to a steep slope in front of us, we broke treeline and took a bit of a breather. 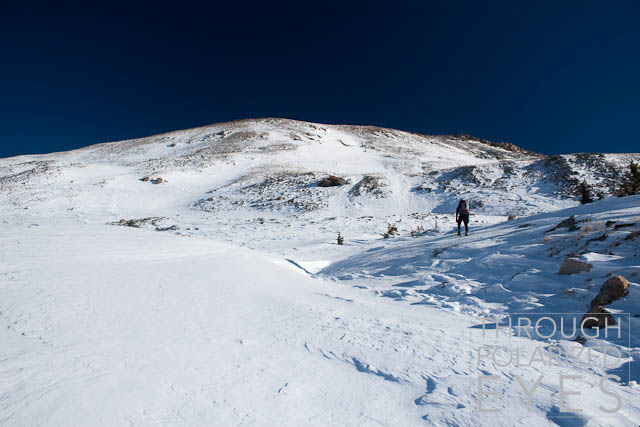 I was not thrilled with the first full view of Yale I got. 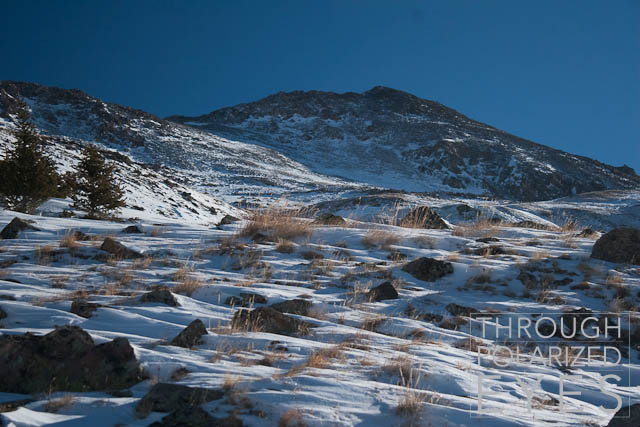 It didn’t look like it would go – at all – yet I held out a little hope and dragged my skis up with my regardless.

Now, I’m not sure why this seems to happen a lot, but once again, I took what was most likely the most difficult line to the summit ridge in an attempt to make things easier on myself since I was in ski boots. No matter, as the views were amazing once the ridge was gained. 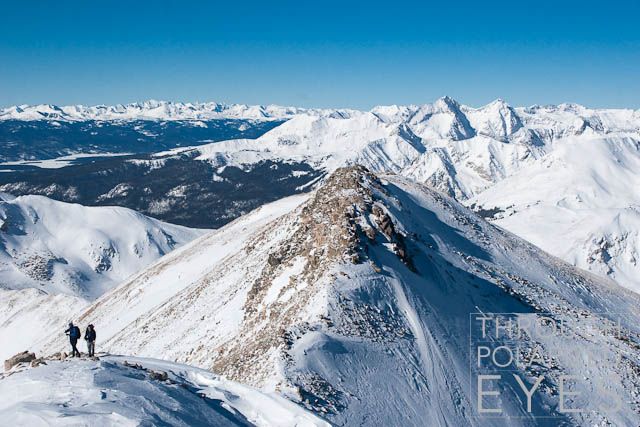 About this time, Jim was gaining the summit – due in large part to his better selection of an ascent route than the rest of us. The scrambling for the next hour was not terribly pleasant for me, but likely would’ve been a blast if I’d been wearing any other footwear at all. 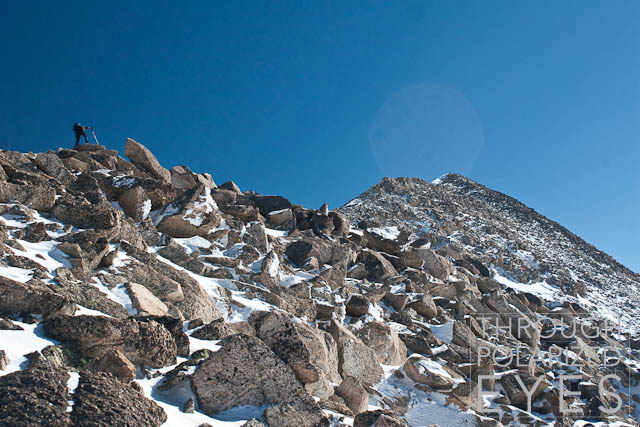 Eventually, I made it to the top. The group trickled in ahead and behind me, and aside from Jim (who was on top for an hour and a half), we each spent about half an hour on top. 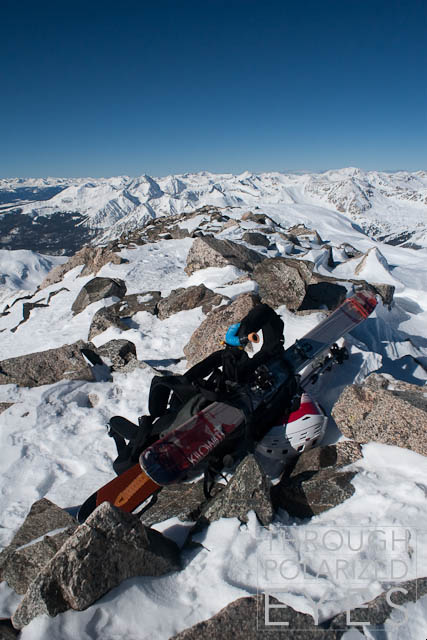 And one with me in it.

After half an hour of enjoying the perfect weather, snacking, drinking water, and relaxing, it was time to go. 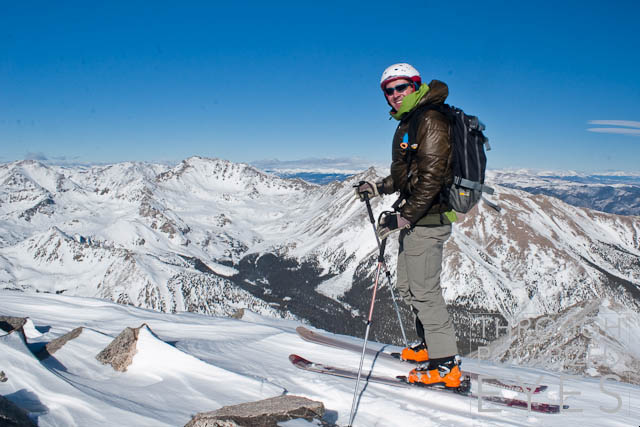 The descent was slow overall, and the snow was terrible – but a few hours later I was back at the car, heading for home.