We didn’t get an early start by any means yesterday. Jim and I decided on a 9am start from the Leadville Fish Hatchery, which meant I got to sleep in until 5am for a winter 14er climb and ski descent – unheard of! Granted it was two days after the DST changeover, but that’s still pretty late. On the drive out from Leadville I was able to scope out my line, and was pretty happy with what I saw. We made our final preparations in the parking lot, with Jim electing to go with nordic wax rather than skins for the approach. This didn’t work too well on the icy, spring-like morning snow. A few rewaxing sessions later, Jim threw on the skins and we were off. 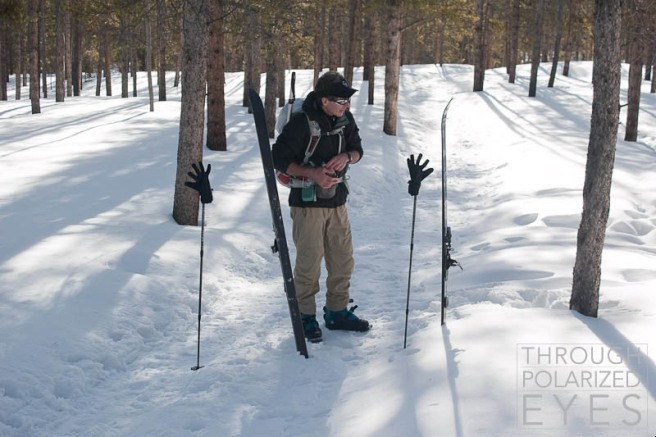 One of the things that swayed me to Massive for yesterday’s climb was the promise of a solid trench to treeline. It wasn’t quite to treeline, but pretty darn close – and I’m always happy to bust trail for a ways. We flew once we were moving on this track.

A couple hours in we got our first good look at the mountain.

There was a bit of trailbreaking to be had from this point, but nothing very difficult. There were occasional ski tracks that looked no more than a few days old. Anyone want to claim them?

I took off once we broke treeline while Jim did some transitioning, as I knew I’d be slower from there out since I was carrying my skis to the top and he wasn’t. The look back towards Leadville shows just how far you have to go through the trees on this route – about 4 miles.

Eventually it was more trouble than it was worth to keep the skis on my feet, so I started booting up the long northeast ridge. Can you spot Jim in this photo? I’ll give you a hint – he’s about three pixels tall. 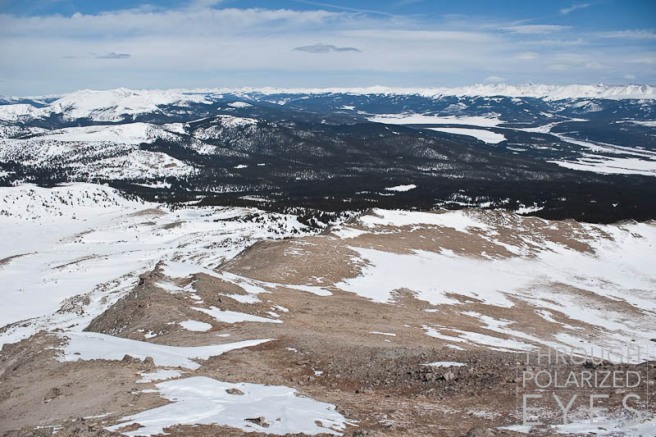 The weather was beautifully warm and calm, so we stopped to take it all in for a moment.

I finally remembered to take my Forerunner 310XT out yesterday (just to test out somet things), after forgetting it several times on various backcountry outings. When we hit 13,800′ I started going in 100′ spurts – no stopping or resting until the next 100′ mark, then stop for 30 seconds or so to catch my breath, rinse and repeat until the summit was gained.

It was breezy, but warm and relatively gentle for being at 14,421′. Jim ran over to what we later determined was South Massive, just to make sure he didn’t miss the true summit. The winds were nice enough to stop entirely for a couple minutes at this point.

I started getting chilly when he got back, so I locked down, clicked in, and we were off. It was, by far, the best snow off the summit of a 14er I’ve ever experienced – a few inches of creamy powder on top of a soft, supportive base. 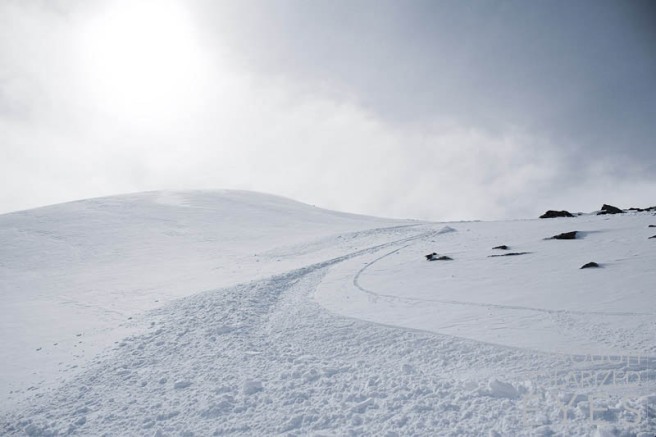 It got a little firmer and chunkier lower, but was still good enough to make giant GS-style turns.

Not too much later we were back at treeline. The snow was good at first, but due to our late hour it started crusting up, making things less enjoyable. By 7pm we were back at the cars, another good day in the books. 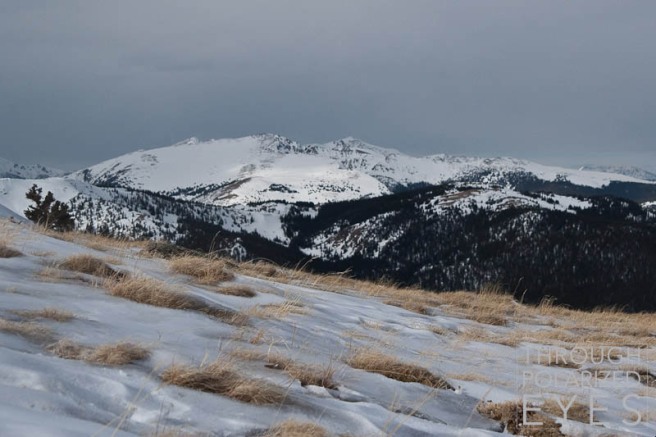 Hopefully the long day up high got my RBC production ramped up, because I’m going to need them this weekend. Look for a few photos of me skiing from Jim in a few days.