The end of summer/start of fall has been a busy one, and I just realized it’s been over a month since my most recent update. I’ve been cramming in mountain biking and lots of training time, work (of course), and racing cyclocross, few of which are often conducive to photographing (CX excepted, I just never remember my camera). This past Sunday was the Boulder Cup race at Valmont Bike Park in Boulder, and it was a rough one.

Heavy snow earlier in the week blanketed the course which partially melted out by Sunday but left the ground wet; the cold temperatures froze certain sections solid. Icy grass is not generally great for racing on. The Happy Coffee Girls Gone Wild took advantage of what turned out to be some of the best conditions of the day.

The men’s 35+ category 4 was up next and probably had the best conditions of the day – melting out but still firm.

Meanwhile, everyone not racing was enjoying an amazing breakfast cooked up by Maggie and MB. Pancakes, bacon, sausage, potatoes, breakfast tacos, and coffee made a cold and early morning downright enjoyable. 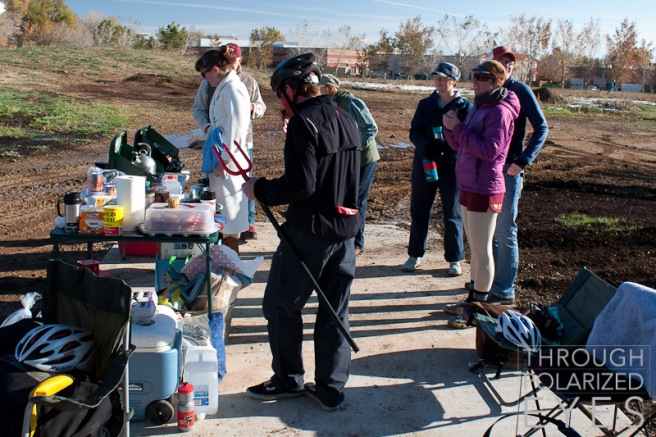 Reeves spent some time handing up water to our racers while doing some heckling.

Paul’s ready to lead a communist revolution…just as soon as he finishes his race. 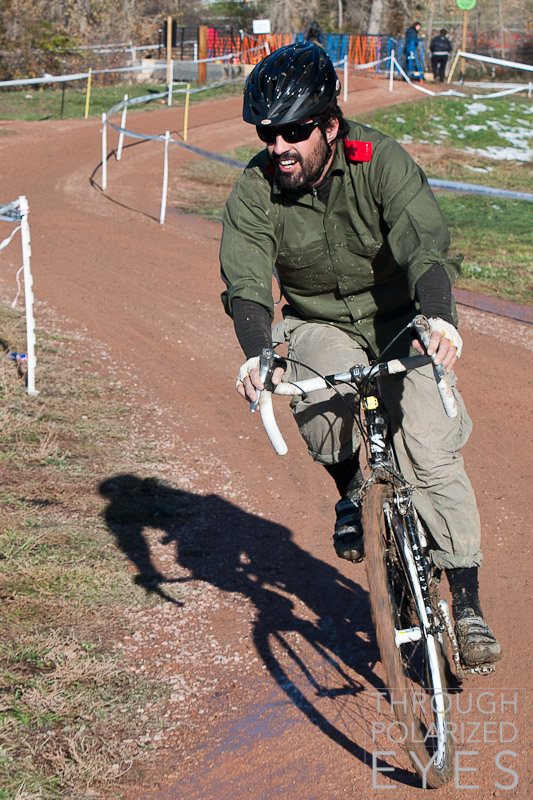 The muddier sections were deteriorating as the day went on. By 11 it was starting to look rough.

It was far worse by 12:30, after a full morning of sunshine and hundreds of racers tearing up the section.

By the end of my race, it was several inches deep of thick, sucking mud. Unrideable for me and my tired legs (tired from a non-race and going out with the team the night before). It was the most challenging hour I’ve ever spent on a bike, with one possible exception. Fortunately, the Girls Gone Wild were still cooking up bacon, sausage, and potatoes for breakfast tacos after the race, and there was a large supply of Dale’s Pale Ale to rehydrate with. 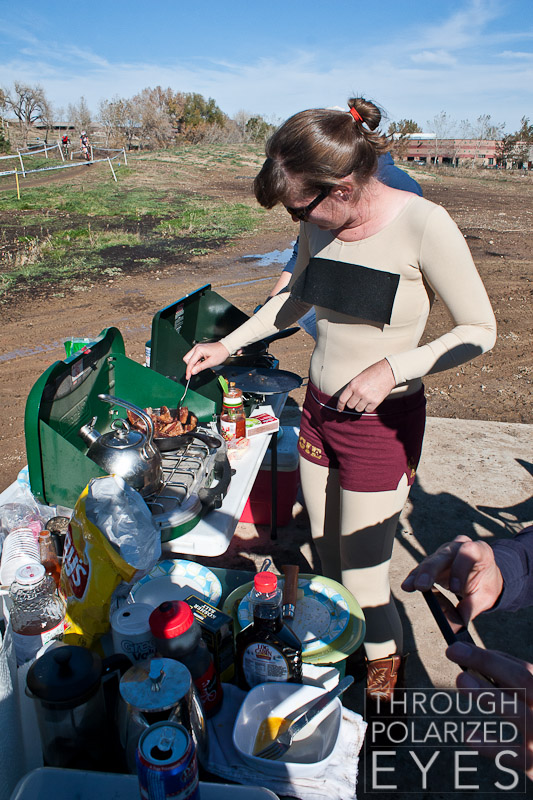