For a few years now, my ski mountaineering setup has consisted of Black Diamond Kilowatts, Dynafit Verticals, and BD Ascension skins. Boots have changed a couple times, from heavier and less-precise to lighter and tighter. I got my first look at La Sportiva’s new ski mountaineering line at SIA last winter, and was immediately intrigued as they seemed to hit every point on my list of what was lacking with my current equipment.

Most impressive was their new Spitfire boot. It comes in within a few grams of the Dynafit TLT5 (~1065g vs. 1050g for the Dynafit), walks as well, is similarly stiff, and – most importantly – it fits my foot. I took a few (lift-served) laps in them and was amazed at how well they skied given their light weight. As soon as they were available, I had a pair on the way. 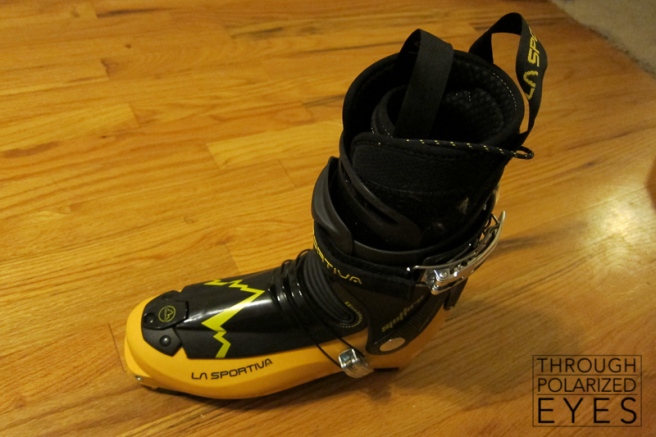 The walk/ski mechanism is pretty slick. The first time I saw it I had some concerns about durability, but it’s actually quite simple. I’m holding the shell back to keep it from engaging in this photo, so you can see how it works.

With the boot buckled tight, there’s no discernible play in the mechanism. When unlocked, the range of motion goes waaaaaay forward and waaaaaaay back.

The liner is thin, light, and has a simple but effective lacing system to lock the heel down. It may be cold due to the thin liner – time will tell.

Next up are the Lo5 skis. I picked up a pair in the 178cm (verified at 178cm with a straight-pull tip to tail) length, to replace my 175cm Kilowatts. They have the same versatile-sized waist (95mm), a similar turn radius (18m), a pinch of tip rocker, and a lighter weight (officially 1450g/ski in a 178cm, so about 300g/ski less – I’m getting closer to 1650g/ski, admittedly with a fairly crude scale). The tips are fairly soft, mid-body feels very stiff, and the tails are a bit softer than the middle (but no where near as soft as the tips) – exactly what I want in a ski like this. We need a bit more snow (and I need bindings) to test these out, but from the specs and hand-flexing, I’m feeling pretty good about these skis. Detailed review to come at some point.

This is the small amount of early-rise, bases together but not flattened. 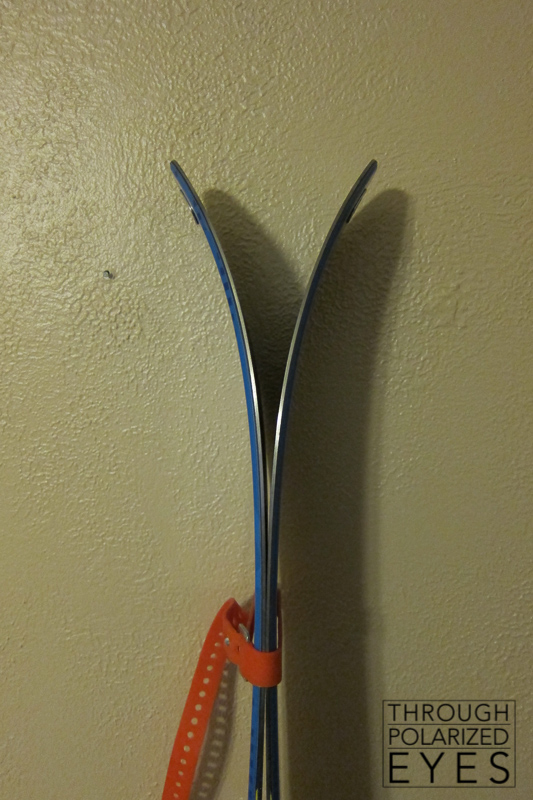 It looks a little more “rockery” with the bases held together in the middle. Just enough to make getting through crud and crust easier without affecting stability. 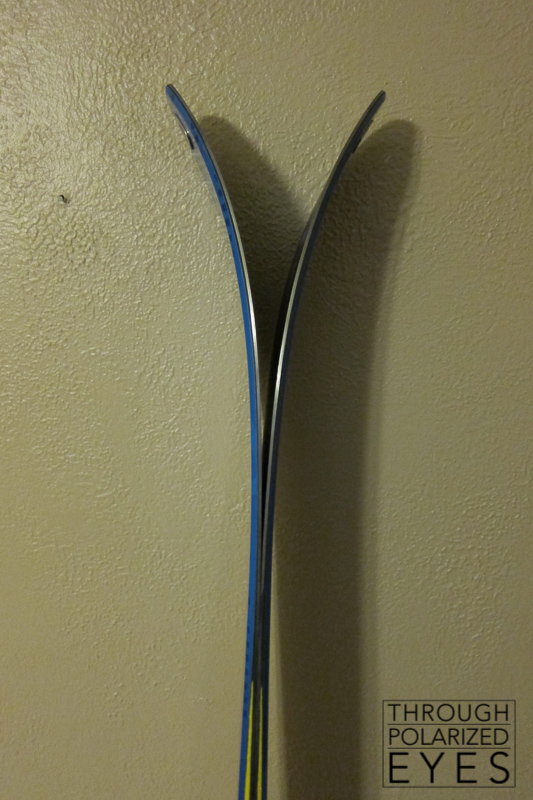 The tips and tails have holes for La Sportiva HiGlide skins (and for building a rescue sled, if necessary). I haven’t used a system like this (it’s identical to the K2 skins) but it’s pretty easy to figure out. I have a couple concerns over the tip attachment sticking if the glue-side picks up snow, so I’ll be keeping an eye on that. The tip attachment:

And the tail attachment, which keeps the clip off the snow (on the base-side shot, I’m pulling the strap away from the ski to show the hook – it normally rests flat and tight):

I have high hopes, but will be watching for any problems. After using tranditional skin systems, this system has me a little wary. Hopefully it works well and the weight/glide/bulk improvements will be well worth the change.

Finally, the ski crampons. Though it’s rare that they’re absolutely necessary, there are quite a few circumstances where they can be nice to have. They work in Dynafit bindings as well as La Sportiva’s RT bindings. Easy on/off, light, and seem well constructed. Shown here on my only pair of backcountry skis currently mounted with bindings: 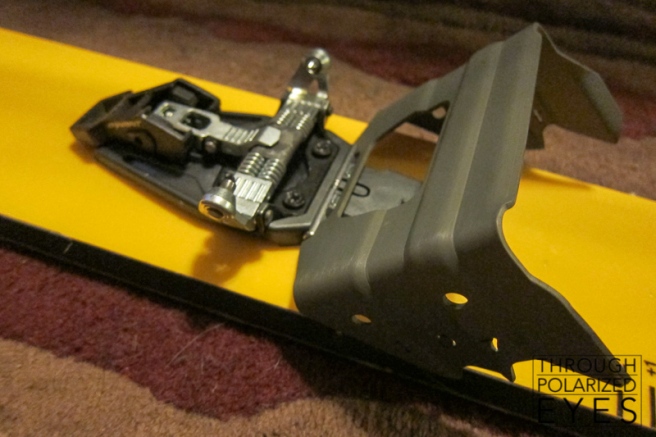 All that’s left is bindings. I’m back and forth between the Dynafit Speed Radical and the La Sportiva RT. I’ll decide soon after balancing price, weight (about 300g difference, total), and adjustability. Whichever I end up with, I’ll be saving roughly 2.5lb per foot over my old “light” setup without sacrificing ski performance. I can’t wait to run up some mountains this spring.

Full disclosure: I paid for all of this with my own hard-earned money – less than MSRP, but still expensive.

Leave a Reply to Tyler B Cancel reply